"Athabasca Vallis is a large channel system cut by catastrophic floods in the Cerberus region, south of Albor Tholus, on Mars.

The age and history of Athabasca Vallis is the subject of some current debate in the Mars science community;

some consider it to be geologically young, others suggest the valley is ancient and has been exhumed after being buried for an unknown,

another puzzle: odd, somewhat circular features on the floor of the Athabasca Vallis near 9.7°N, 203.7°W.

Their cause is unknown; some of the landforms nearby (not visible here) suggest the circular features are exhumed. 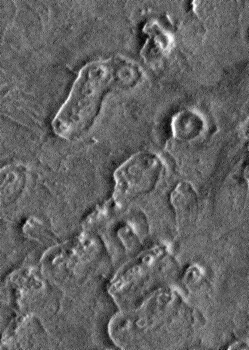 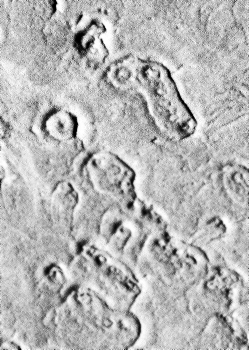 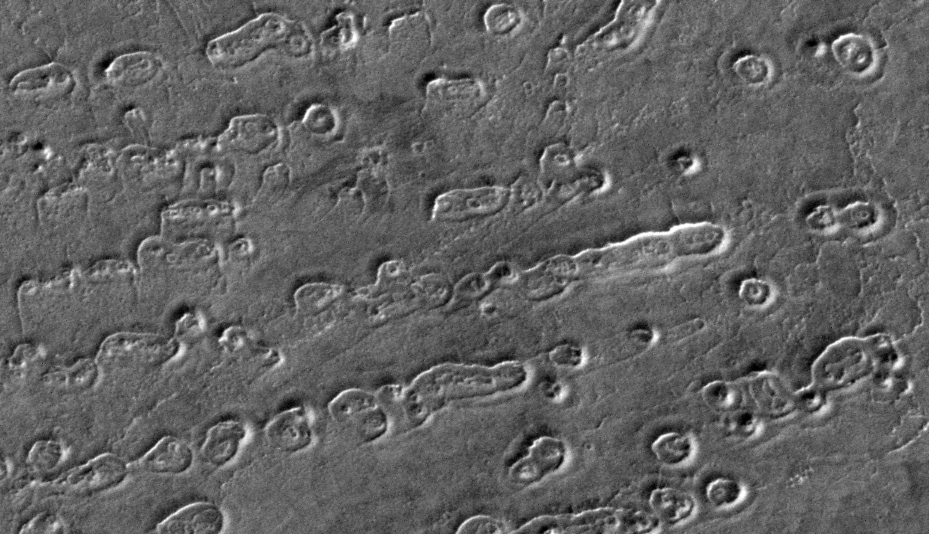